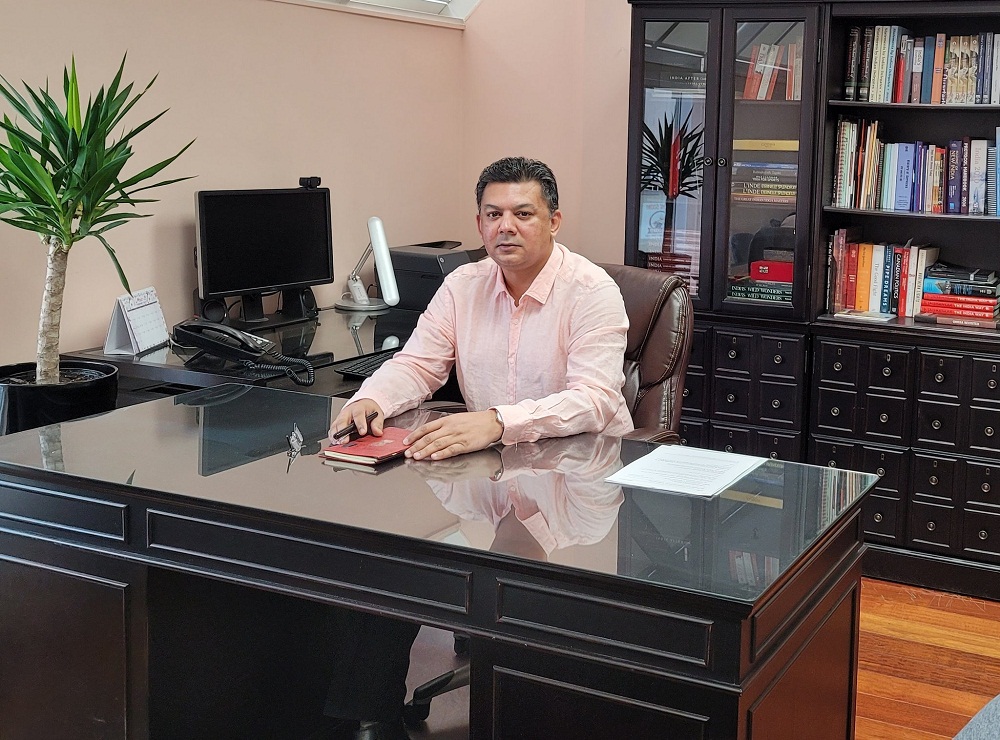 Executive Director welcomed Mr. Gaur and briefed on the objective of the institute and proposed exploring possible cooperation from the Indian Embassy towards hardware and software development of the institute.

On behalf of the Ambassador of India, Mr. Gaur congratulated Dr. Adhikari on his appointment as the Executive Director of the Institute. He looked forward to working with him in the days to come for strengthening the institute both in areas of hardware and software development. He also recalled his meetings with the previous Executive Director and the understanding reached with him for the support India will provide to build up physical infrastructures of the Institute. He reminded of India’s continued policy of support to the development of institutional organizations. He further emphasized on close association in training and strategic thinking as well as institutional tie-up between IFA and FSI (Foreign Service Institute of India).

He recalled the earlier planned but aborted training of 28 Foreign Ministry officials and clarified that the training was intended to impart basic knowledge and skills to them about basics of diplomacy and other general protocol and norms. He was hopeful that such training could take place in future. He also mentioned that if IFA offers training to their Foreign Ministry Officer, they are ready to send one or two of their officers here in Nepal for training. On the occasion, Deputy Executive Director Mr. K. N. Shrestha was also present.